The confidence and dedication that I saw in Rebecca was unmistakable.  This is a woman who knows exactly what she wants and she will stop at nothing to get it.  - That is the mind-set of a winner.

Strong, dedicated and kind.  Rebecca very kindly agreed to answer some questions about her experience as the UK’s strongest woman and her ambition to become the world’s strongest woman, so keep reading if you want to know more about this remarkable woman.

See below questions and answers from Rebecca…

What was it that influenced your decision to go for the world’s strongest woman?

I won UK's strongest woman after just 4 months of training and only 6 weeks of actual strongwoman implement training, I knew I could go far.  My trainer; Paul, said I can definitely go on to be the world's strongest woman and what reason did I have to think otherwise?

Everything Paul said would happen at UK's did so I trust him, and there the goal was set. 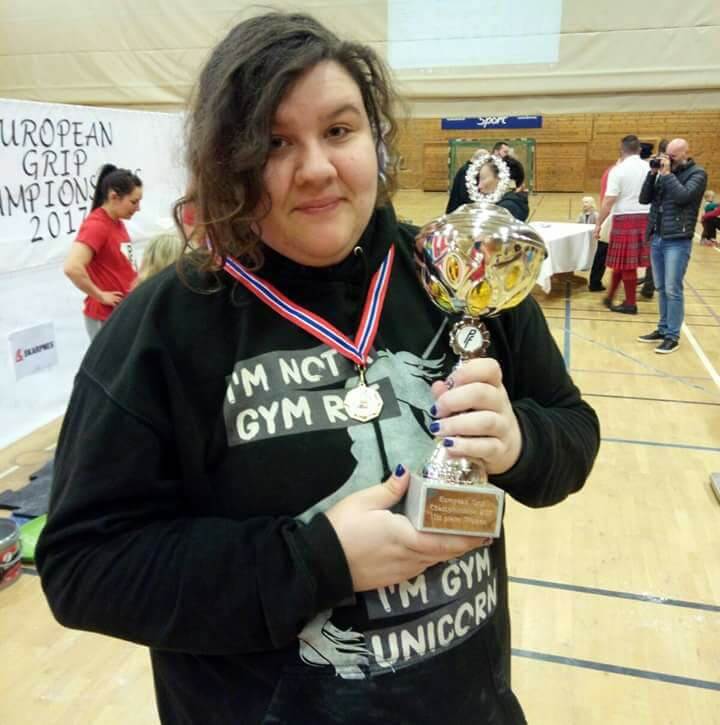 How many strong woman comps have you done previously? – What was your result?

I finished 1st in all three ?

You seem extremely focused, confident and dedicated, where do you find that drive?

I've had to get through a lot of adversity in my life, my mother passed away when I was 12 and my father got early onset dementia when I was 13 so that's been tough. I've also suffered a sexual assault and been in a very abusive past relationship, I fought through PTSD and severe depression.  It's been a battle but when life gets tough I guess you’re forced to get tougher.

When it comes to dedication and drive, honestly I'm the same as everybody else, I struggle with it just the same and after getting up early for work, coming in tired, all I want to do sometimes is flop on the sofa.  That's where Paul comes in; like any good coach he gives me the kick up the backside I need at those times and he gets me back in the motion.

One thing I would say helps me a lot is just not wanting to lose.  I'm a competitive person so I think that helps me push for the extra reps and I'm also good at rising to the challenge, either in contest or important training sessions, I like getting new personal bests.

How many days a week do you train and how long for?

It completely depends on what Paul's programmed for me, I leave all that to him, he knows what he's doing so if he says were training I train, if not I rest.

Sometimes it could be as much as 4 times a week for 3 hours a session with weights and 1 hour cardio every day of the week.  Other times it could be as little as twice a week with weights (very heavy and can be 4-5 hours) and no cardio.  One thing Paul does is he doesn't have me in the gym 24/7, especially for someone my size and strength.  It's definitely needed, you need ample time to recover with how heavy the weights are, not to mention how much muscle might be broken down from the previous training session.

What do you focus on most during your training sessions? 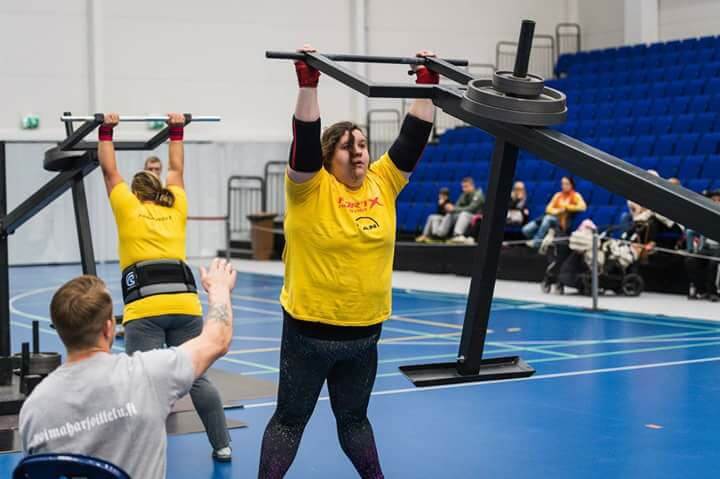 Bringing up any weaknesses because that's where you lose points.  Being consistent over all events is how you win competitions.

What would you say to a strong woman novice who had ambitions similar to yours?

Believe in yourself and don't let anybody tell you that you can't do it.  Get yourself a good coach and training partner to motivate you.

Plus get plenty of sleep to recover from the training, sleep is important! 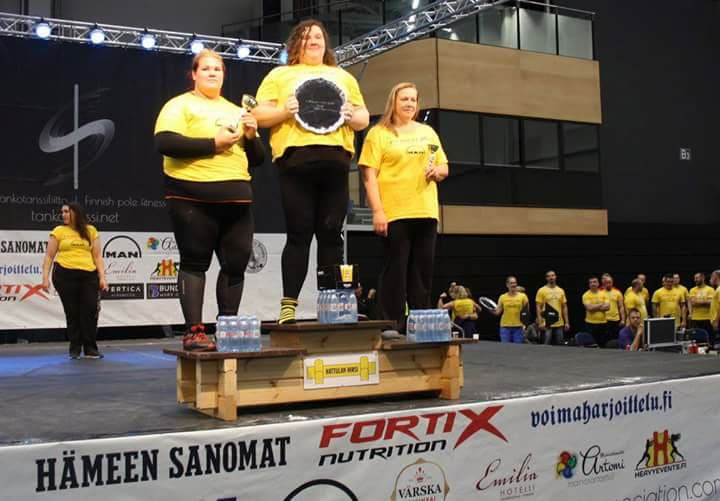 Things female weightlifters wish they knew before they started

How To Stop Giving A F**k About What People Think