Let these vintage female weightlifters be an inspiration to us all.  The idea that physical strength and muscles are reserved only for men is out dated and maintained only by those who know absolutely nothing about weightlifting.

The fact is, strong women are nothing new.  These vintage female weightlifters date back to the 16th century.  Women of this era found themselves a source of entertainment, as a result, they performed mainly at fares, markets, shows, theaters and at the circus.  Nevertheless, they continued to build their physical strength and wow audiences. 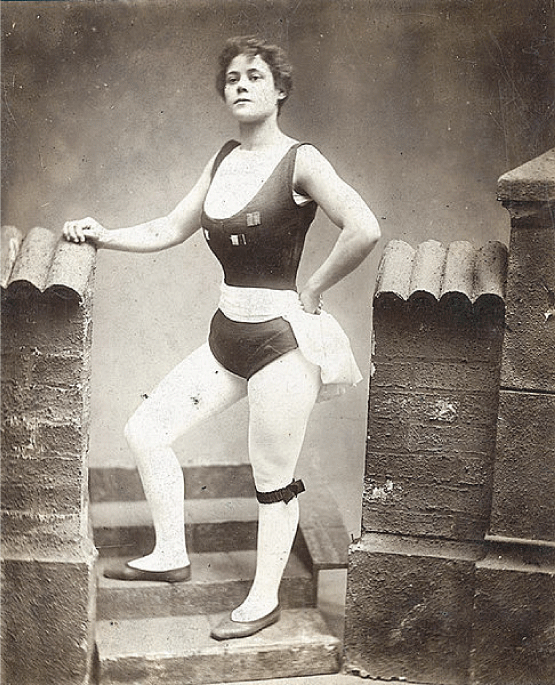 Strength sports involving women were not taken seriously at the time, subsequently, there are insufficient recordings of how much weight these women actually lifted.

This would later go on to change as the industry started to acknowledge these remarkable women.

More consistent records began appearing in sporting publications around the 1800’s.  From here we can start to track vintage female weightlifters.

Ivy Russell of England was a pioneer of weightlifting for women.  Russell began her weight training career in 1921 at 14.  In the early 1930s, Russell won the first women’s weightlifting competition sanctioned by the British Amateur Weight Lifting Association.  Russell’s recorded lifts peaked at 87.5Kg clean and jerk and 186Kg deadlift.

Another iconic vintage female weightlifter Abbye "Pudgy" Stockton, an American professional strong woman.  Stockton was introduced to weightlifting by her partner at the time Les Stockton, who she went on to marry.

Stockton’s influence on women’s weightlifting is undeniable, she featured in countless campaigns and on the front cover of strength publications.

She opened gyms and wrote regular supporting articles.  She even went on to train Marilyn Monroe which led to yet more publicity for women in the sport.

"In those days, lifting weights was considered unfeminine.  People used to say that if women worked out, they would become masculine-looking or wouldn't be able to get pregnant. We just laughed because we knew they were wrong."

Kate “Vulcana” Roberts; born in Wales in 1883 earned herself many medals in the sport, one of her most impressive professionally acknowledged lifts being a 66Kg right arm bent press.

Vulcana's strength didn't go unnoticed; in 1901 she lifted a wagon which was stuck in a lane in London, Covent Garden, directly in front of astonished witnesses.

In the 1920's she moved permanently to London and went on to retire from her strong woman career in 1932.

Katie “Sandwina” Brumbach; Born in Austria in 1883, put on quite the performance by lifting her 75Kg husband over her head with just one arm.

Laverie “Charmion” Vallee; was a pioneer of bodybuilding for women, she was the first woman to openly display her muscularity.

This is just a snapshot of vintage female weightlifters throughout history.  Let their courage and strength to stand out be an inspiration to us all.  Women throughout history have successfully proven that we can and should lift heavy!

The next time somebody feels the need to play down a woman’s physical ability, you can let them know that in 1883 a woman lifted her husband over her head in one hand!