In case you haven't heard, a woman's body and personal choices are everybodies business.  So naturally when it comes to weightlifting, people seem to have a lot to say about a woman's choice to partake in this sport.  Since 100% of those people know nothing about weightlifting, let's address their weightlifting myths and squash them here and now.

The fact is, a woman's choice to lift heavy weights is nobodies business but her own.  So while opinions may be rife, those of us already doing it give zero fu*ks about the opinions of others.  Period.

No; women should train however they please.

You won’t find yourself spontaneously combusting into a man by reaching for the non-conventional iron.  You will however find yourself stronger, firmer and more confident.

Check out these Real Women Who Lift.

This is potentially one of the most frustrating women's weightlifting myths.

What exactly does ‘bulky’ even mean?

I really don’t get this one at all.  How has it somehow become acceptable for a woman to embrace a ‘fuller figure’ by way of additional body fat, yet the woman who grows by way of lean muscle is somehow considered unwomanly?

Now don’t get me wrong internet, I’ve lived both ends of the spectrum and honestly, I couldn’t care less what choices people make about their own bodies.  But if we’re talking about ‘size’ don’t criticise one and not the other.

For the record, the female bodybuilding ‘bulky’ that I believe people picture when they think of women and weightlifting will never be achieved by 99% of women.

The fact that anyone thinks they can easily replicate the look of a professional athlete is an insult to the dedication and sacrifice it takes the top 1% to get on stage.

Still not convinced?  See: Breaking The Myth – Women Who Lift Heavy Will Look Like Men!

Weightlifting myth: Cardio is better for women who want to lose weight

It is true that cardio is an excellent fat burner.  But the ‘toned’ look that most women want to find underneath won’t be there unless they build it by lifting some weights!

Also, the more lean muscle you have the more calories your body burns idly.  Who doesn’t want to burn calories in their sleep?

Weightlifting myth: You will turn your fat into muscle

This one makes me cringe because it's physically impossible.  Fat and muscle are two different things, one does not turn into the other.  It's like saying your leg will turn into your arm.

Weightlifting myth: A woman’s only objective should be to get smaller

People go to the gym for all different reasons, assuming every woman wants to be as slim as possible is an insult to her free will. 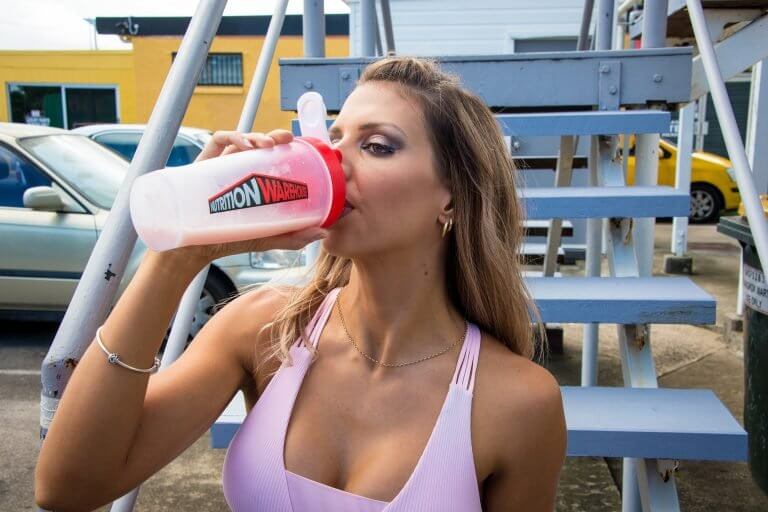 Weightlifting myth: Men don’t like women to be stronger than them

Firstly, no woman who is lifting heavy weights is doing it for a mans opinion.

And secondly, this is the prefect example of somebody projecting their own insecurities and ideology onto you.  Men and women like what they like, not what somebody else thinks they should like.

I'm not trying to put anyone on blast, but plenty of people hit the gym to work out their issues, so leave the assumptions alone.

And furthermore, if you worked your ass off 7 days a week to get the body you dreamed of wouldn’t you be proud of it?

I personally hurt myself more running than I ever have weightlifting.

The bottom line is; weightlifting is no more or less dangerous than using a treadmill.  Provided you’re sensible about it, there’s no reason for you to hurt yourself.

Weightlifting myth: You need to eat a lot of protein to get the benefits

It is true that you need to eat to perform, but your personal goals will determine how much of what you need to eat.  Not all weightlifters are protein junkies, you can still make drastic changes to your body by eating a balanced diet.

See our Macro Calculator for your personal numbers.

Weightlifting is awesome.  Go lift some weights.  Don't take lifting advice from people who don't even lift.  And go earn your strength & power.

Things female weightlifters wish they knew before they started

How To Stop Giving A F**k About What People Think